Located in northern Ohio halfway between Cleveland & Toldeo is Bellevue Ohio.  Bellevue has been a railroad town since the 19th Century when the Nickle Plate Road laid tracks through it.  Home of a large railroad yard, multiple mainlines, and even a railroad museum, this town is well known by avid railfans.  In more recent years NS has increased their footprint in Bellevue; Norfolk Southern has doubled the size of the yard which makes it the largest yard on the NS system.  It includes a hump plus engine & car repair facilities.  Renamed Moorman Yard after the popular NS President Charles “Wick” Moorman.  Norfolk Southern envisions Bellevue as their hub for merchandise freights.   The current yard originally opened by the Norfolk & Western Railway in 1966, today handles 2,000 cars daily, and over 80 trains pass through Bellevue, 20+ which originate in Bellevue daily (as per NS web site).

The park - Stephen Kemper, Owner of Kemper Iron & Metal donated the land on Monroe Street to the Mad River & NKP Railroad Museum for use as a train viewing park.  The building on site was removed, but the foundation was spared to serve as a platform for train watching. The park which is part of the museum grounds is free of charge and open 24-hours a day.  Located across from the closed Bellevue Tower (but still used by NS MofW dept.), Bellevue Tower was originally PRR maintained and staffed by both PRR and W&LE later became part of Norfolk & Western.  The tower was used to control movements in and out of the west end of Nickel Plate’s Bellevue Yard. It controlled the W&LE crossing, the Pennsylvania Railroad crossing, and also the New York Central Norwalk Branch Crossing.  While the NYC line was removed in 1976 prior to Conrail’s formation, the W&LE diamonds (which used to be next to the current train viewing platform) were removed in the 1980’s in favor of the Brewster Connection which is visible from the railfan platform.   Railroad wise, the park is located just south of an area called “Mini Plant” on the west side of Moorman Yard.  While in town, be sure to visit the Mad River & NKP Railroad Museum, they have a large group of rolling stock and some really neat displays.  As far as railroad museums go, I give it two thumbs up!

Rail Traffic: Expect 60 moves during a 24-hour period.  Trains pass the viewing platform at slow speeds, it’s not uncommon to have more than one train pass at a time.  A majority of the trains will be merchandise freights, but you can pretty much expect to see anything that NS moves, including auto-rack trains, coal, grain, & intermodals.

Restrooms on site: No.

Food: None on site.  Two pizza joints are within view / walking distance of the platform.  Other food, including fast food can be found a short drive away.

Lighted for evening railfanning: No, but a street light provides plenty of light for evening train watching.

Directions: I-80, Exit # 110 (Route 4), drive south on Route 4 to Route 113, turn right onto Route 113.  Go west to US-20, merge onto US-20, pass under the railroad overpass, make the first left onto Broad Street.  Take Broad Street south to Monroe, turn left on Monroe, cross tracks and you will see the park on the left.

Hotels: While there are not any “railfan motels” in Bellevue, there is a Red Roof Inn in Clyde, OH (14 miles west on US-20) that overlooks the Toledo District, and 21 miles to the east in Milan, OH there are several hotels that have a view of the railroad.  Bellevue does have a few small privately owned motels, but none offer a railroad view. 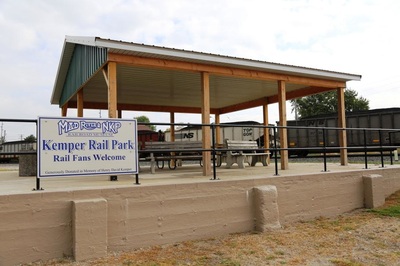 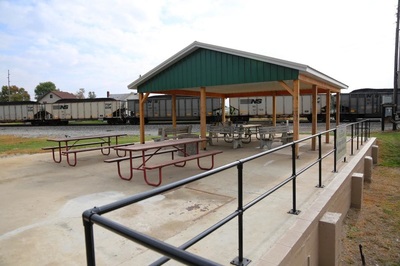 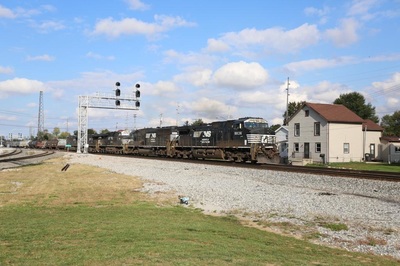 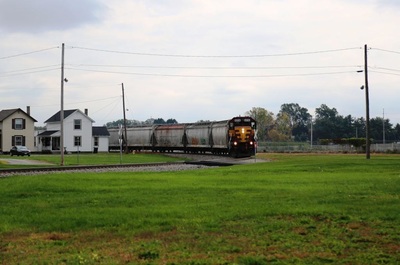 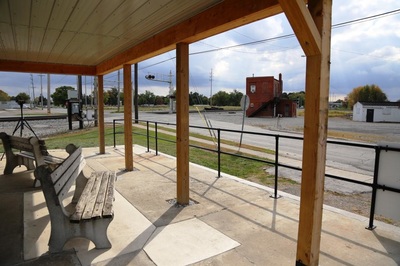 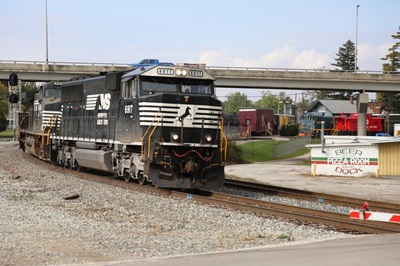 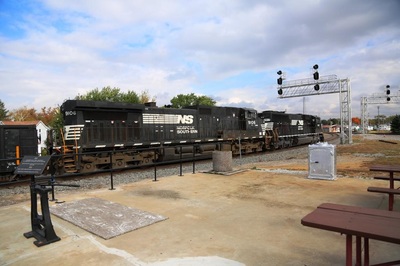 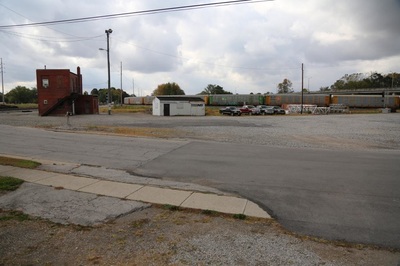 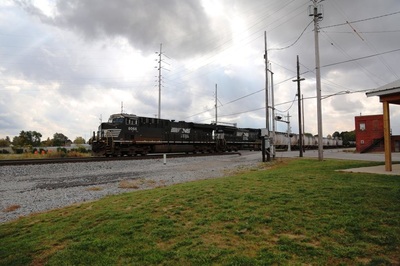 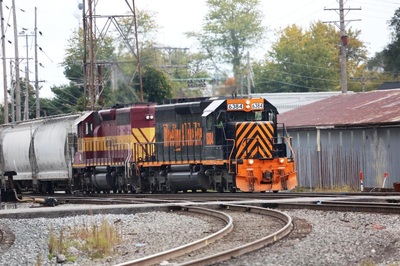 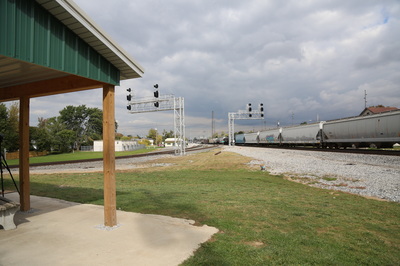 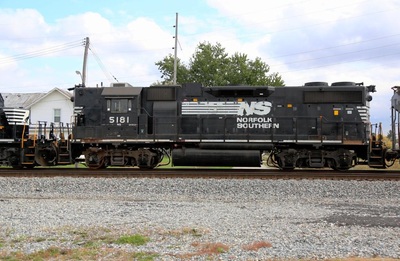 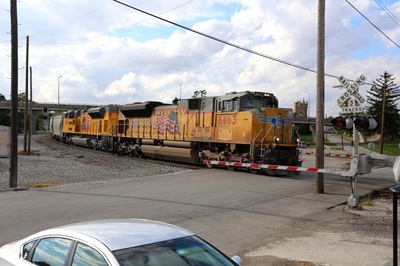 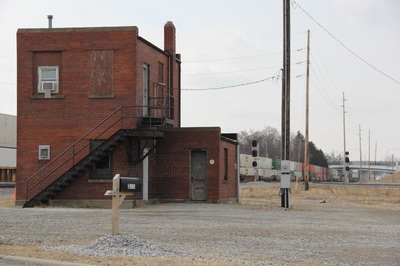 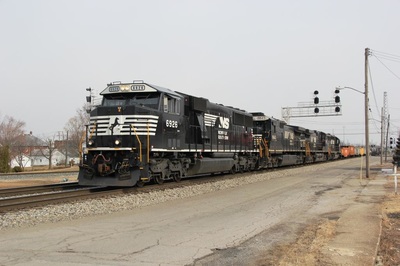