Although not an official railfan park, and may I add, the City of Galesburg is really missing out on this one.  The once unused area
that corners the two of the most heavily traffic rail lines in Galesburg (and this part of Illinois) is now a local park.  Peck Park could be an ok place to kick a ball around, or even try out your soft-ball skills, but most of the visitors that come to this park are here to see trains!  As far as train-watching goes, this location will win anyone’s A++ list.  Located at the junction of two BNSF mainlines, this is where the former Santa Fe mainline passes under the former Burlington Northern mainline.

It’s very seldom that there are quiet times in this park.  I personally have been at this park several times where I caught 25+ trains during a 3 to 4 hour visit.  The Santa Fe main alone offers 60-70 trains during a 24-hour period, the BN line is around 30-40 at this location, plus you often will get Galesburg yard trains coming east for head room out of the yard, it’s nice hearing a sole SD40-2 pushing 100+ cars back into the yard at 5-mph.  Mid to late afternoon provides the best light  for the BN line trains from the park, as the Santa Fe line has good light most of the day.

Site Details:   An open grass, hilly area with a tree and two picnic tables.  Gravel parking area.  No fences, but please keep off the tracks!

Food:  Not on site or within walking distance.  Galesburg has a wide variety of restaurant choices.  Mini-marts, fast food, take out, or sit down restaurants are just a short drive away.

Picnic Area:  Yes, Three picnic tables on site, two under a pavilion near the parking lot, the other near the ATSF mainline.

Lighted for evening railfanning:  No

Map for Peck Park in Galesburg. 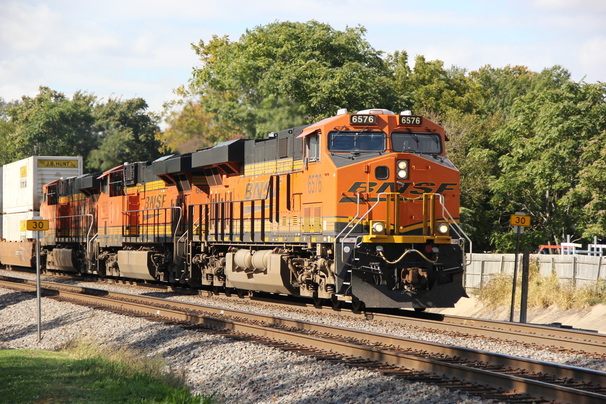 An eastbound BNSF double stack train on the former Santa Fe mainline, today known as the BNSF TransCon passes at an even 30mph on its way to Chicago. 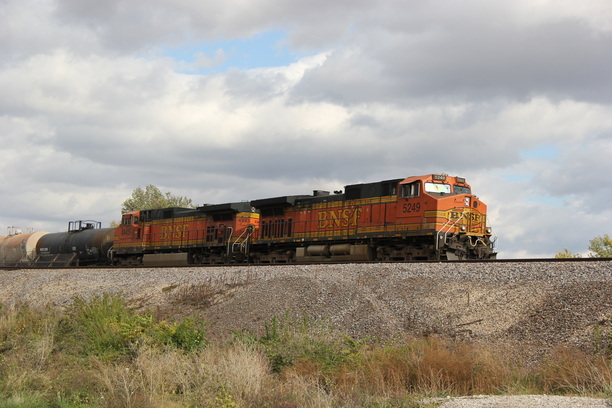 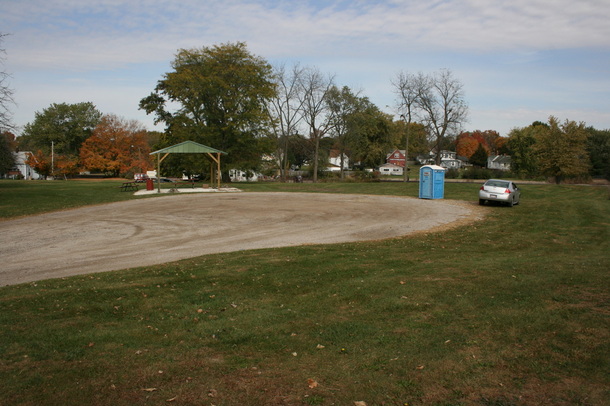 The gravel parking area at Peck Park includes an outhouse and a few picnic
tables.  The BN line is just out of view to the right, and Santa Fe line is just past the parking lot, straight ahead. 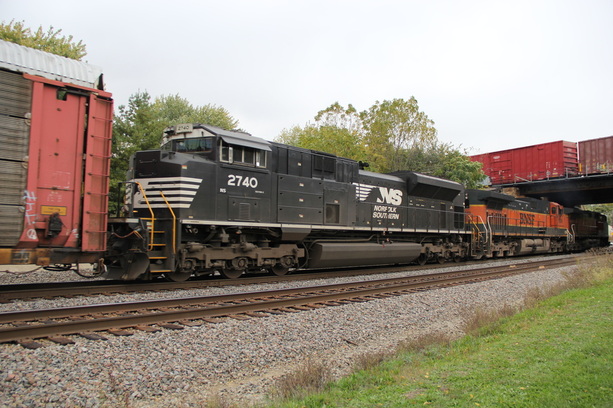 Another eastbound train on the TransCon passes under a train on the former Burlington Northern mainline.  Locomotives from all over North America can be seen in Galesburg everyday.  Here a Norfolk Southern SD70M-2 is heading home.
Galesburg Railroad Museum / Amtrak Station


The Galesburg Railroad Museum is located along side the Amtrak station, both of the train station style buildings they operate out of don't combine in age of the newer looking Santa Fe Galesburg train station building that BNSF demolished a few years back.
However, both of these buildings are a fine addition to Galesburg.  The museum has limited hours, the fenced in property has a
Burlington Route steam locomotive, caboose, baggage car and combine displayed.  While not visiting the museum, the old station platform that runs along the museum to the Amtrak station is a great and relaxing area to watch trains.  Photography can easily be
achieved with light being best during mid to late afternoon.  Those that like night photography can practice their skills of an
Amtrak train stopping at the station.

Site Details: The old train station platform (brick) offers a safe and legal place to catch the action on the former Burlington Northern mainline. The platform is a distance away from the two-active tracks (tracks that once ran along the brick platform were removed in the 1980's). Most trains pass the station at a slow speed, which make that 30-40 trains a day feel like much more. Unlike other
locations, its not possible to watch the passing trains from your automobile, but picnic tables by the Amtrak station will provide a place to rest while watching trains.

Restrooms on site: Yes, in Amtrak station building or Museum when open.

Food:  Amtrak station has vending machines on site.  The only restaurant within walking distance is the Packing House Restaurant, well recommended!   Galesburg has a wide variety of restaurant choices.  Mini-marts, fast food, take out, or sit down restaurants are just a short drive away.

Motels / Hotels:  Broad View Inn in Galesburg is the best motel to in the area to watch the passing trains, although care of the motel has become poor in recent years.  We list it on RailfanMotels.com website (click Illinois, then Galesburg). 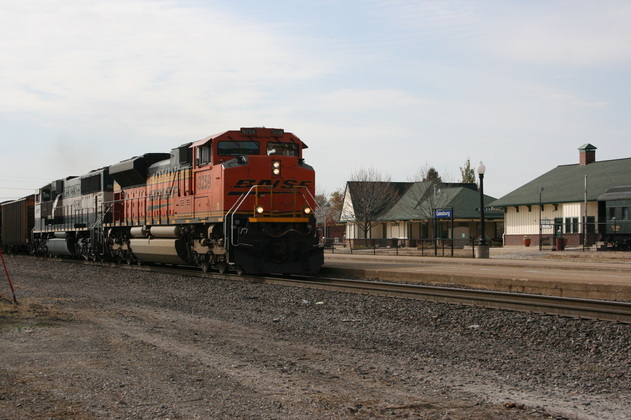 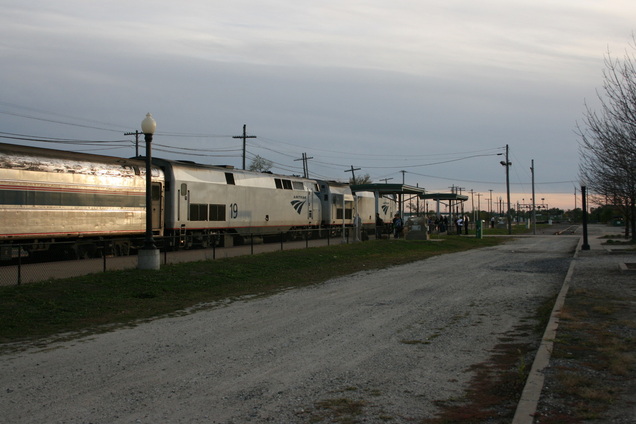 Amtrak's Southwest Cheif pulls into Galesburg Station ready to pick up passengers for its westbound run to California.  The photo was taken from the old brick platform along the railroad museum.  This is a great place to watch & photograph passing trains. 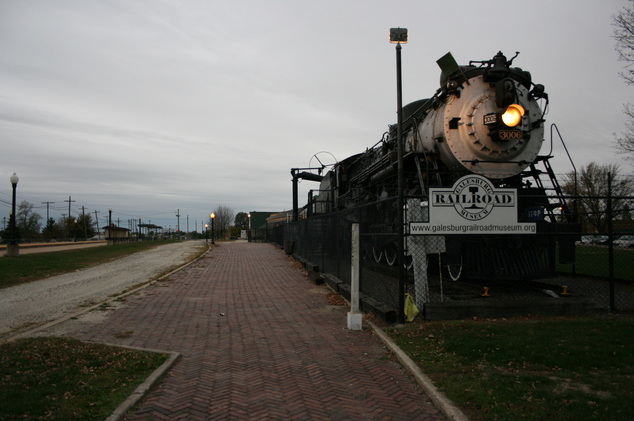 While waiting for trains, check out Burlington Route # 3006 displayed inside the fence at the Galesburg Railroad Museum.  The museum is worth a visit if you catch the them during business hours.