Located about 2-minutes from Exit # 98 off Interstate-95, the train station in Selma is a great place to watch trains. Union Depot was constructed in 1924 to serve the Atlantic Coast Line (ACL) Railroad and the Southern Railway. Today the station stands along the busy CSX north-south mainline (A-Line, South End Subdivision), Norfolk Southern's Piedmont Division H - Line (location is MP H109.4). The CSX line is the main show in town. The Norfolk Southern line only sees two regularly scheduled freights plus a couple of locals. The NS road trains terminate and originate in Selma. As NS builds their westbound train in the late afternoon, it’s not uncommon for the crew to request head room over the CSX controlled diamond which is located next to the train station, this increases movement on what would be a quiet rail line, and brings extra enjoyment to railfans in between the numerous CSX trains.  Amtrak also has a lively presence between 11am and 4pm. Some Amtrak trains use  the newer connection between the CSX and NS lines; this track runs right  alongside the train stations parking lot. Photography from the train station  property is best in the afternoon. Although it’s easy for creative folks reposition themselves to the other side of the tracks using the grade crossings.  CSX trains move fast unless there is a slow order in effect. The station is a  quiet, peaceful place to enjoy watching trains. Often, other railfans may be  present who may be helpful answering any questions about the local railroad  scene you may have.

Directions: I-95 Exit 98. Turn  right, cross 2 sets of railroad tracks. Station is on the Left.

Rail Traffic: Expect 30-35 trains during a  24-hour period.  CSX hosts 15-20 trains daily, NS has two regular road trains,  plus a couple locals or extras if needed, Amtrak has 10 trains daily, only 4 of  those stop in Selma.

Site Details:  Union Station sits in the  northwest corner of the diamond.  There are passenger platforms on all three  sides of the station. An iron fence along the platform protects folks from  wondering out onto the tracks along the CSX main and the NS line. The fence ends  where the platform ends, which allows clear pictures of passing trains. There  are benches both inside & outside
the station. The station is air  conditioned for those warm days. The platform along the CSX & NS is covered  which helps provide shade and a shelter from rain. For those who like to sit in  their automobiles between trains, no problem - all trains can be seen from the  parking lot.

Restrooms on site:  Yes, inside train station  (when open).

Food: Only a pop machine on site.

Lighted for eveing railfanning:  Yes.  Station  platform lights, but watching trains at night maybe hard. (I have not been here  at night).

Motels / Hotels:  None located near the train  station.  Several hotels and restaurants are located 1-mile south on I-95 (at  exit # 97).  The closest "Railfan Motels" are 20-minutes east in Goldsboro.  The  Hampton Inn / Best Western have a view of the Norfolk Southern H-Line; expect  only 2 daily trains past the hotels. 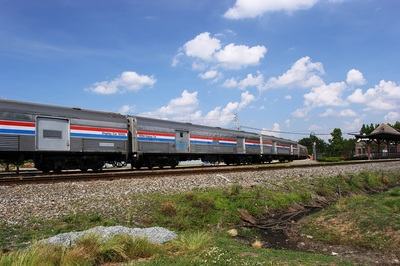 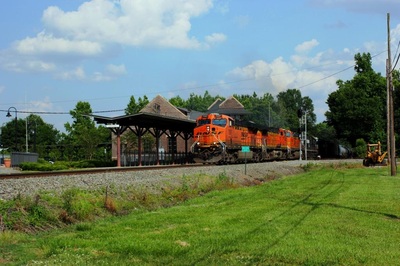 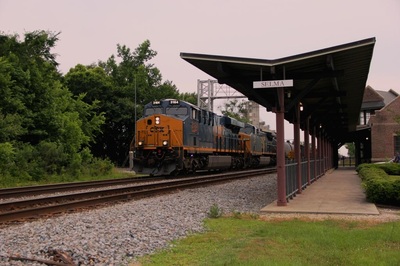 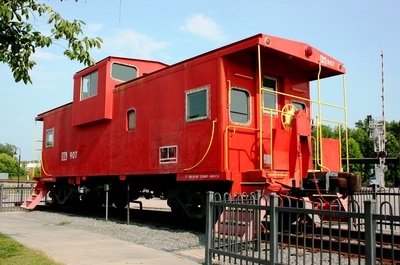 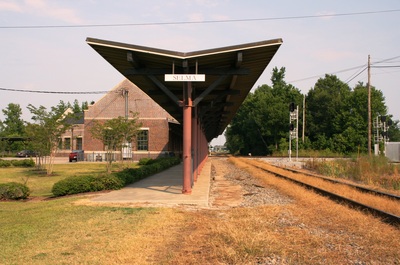 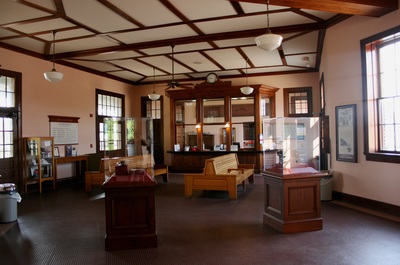 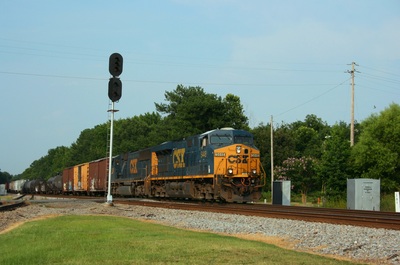 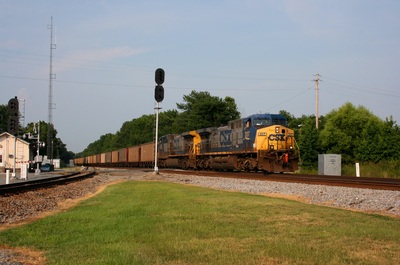 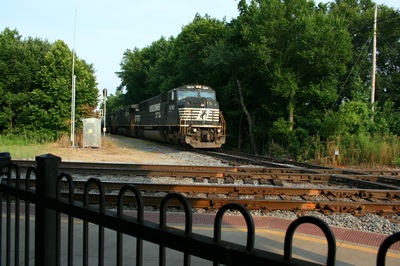 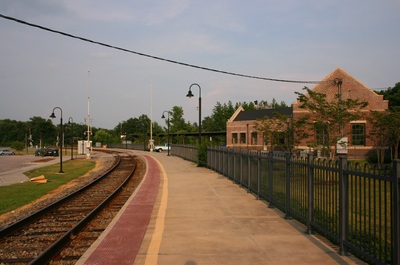 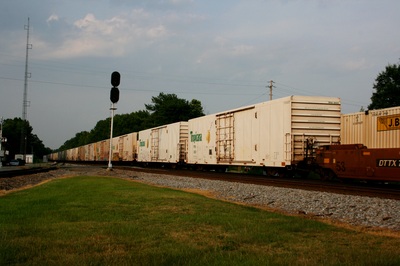 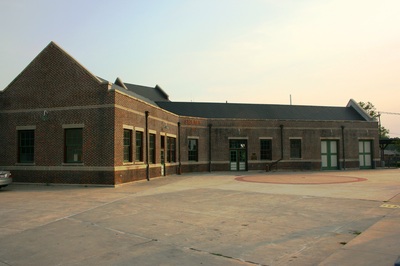