16-Miles north-east of Sacramento, CA is the city of Roseville, and home of Union Pacific’s Davis Yard.  This large hump yard handles almost all of Union Pacific freight trains in northern California.  On the east end of the yard, and just east of the Roseville train station (walking distance) is a covered train watching platform located on city land.  The no-thrills platform is located on the north side of the tracks and has a view of all trains that travel over both Donna Pass and the Valley Sub (which runs north to Dunsmuir, CA).  The locomotive shops are also within view (located just west of the station, also on the north side of the yard), in between trains Union Pacific does move power around, most of the time passing the platform in both directions as a slow speed.  Some power is turned on the wye located just east of the platform where the Valley Sub and the Roseville Sub meet.

Rail Traffic: Expect less than 30 freights during a 24-hour period.  Amtrak also only has a limited number of trains a day on the line.  Some of the quiet time between trains is kept busy with engine moves that pass the platform while yard crews make up locomotive consists or reposition locomotives to enter the shop.  [Personal note: During my visit, I only averaged about 1 train an hour (realistically the number was 5 trains in 4 hours, and the next day 3 trains in 2 hours).  Since I was there on a late Friday afternoon and Saturday morning, I didn't see any Amtrak Capitol Corridor trains.  If it wasn't for light engine moves that filled the quiet time, It would have been a long stretch of standing around.  Many of the engine moves were the same power going back & fourth, so even that wasn't too exciting].

Site Details: A simple, straight forward covered deck along the north side of the tracks, no seats or benches. The Roseville train station does have benches for passengers waiting for trains, but note the station area is flooded with security cameras, and who ever watches them may not be found of people hanging around watching train.. just a guess.  On the south side of the tracks on display is Southern Pacific steam locomotive # 2252 along with a rotary snow-plow.  Although I didn't stop at this curb side park on my visit, the area should offer a clear view of the passing trains from the "Sunny side" of the tracks.  Late afternoon sun is fine on the platform side (north side), westbound trains are well lit for photography, note that trains on the close track during the late afternoon sun may pick-up those long shadows of trees and growth along the north side of the tracks.

Restrooms on site: No.

Food:  None on site, however a short walk from the viewing platform offers several dining options along Lincoln Street.

Parking: Free, but limited (timed) parking is the lot on the east side of the platform, or street parking.  There is a long term parking lot at the train station, but besides being full during my visit, not sure if any permits are needed.  I didn't use the train station lot.

Lighted for eveing railfanning: Recessed spot lights are installed in the ceiling of the platform. But I wasn't on site after dark both days I spent at the location.

Motels / Hotels: A couple of pricey hotels in Roseville do have a railroad view They are listed here at RailfanMotels.com, other less expensive hotels without a railroad view can also be found within a 10-minute drive of the platform. 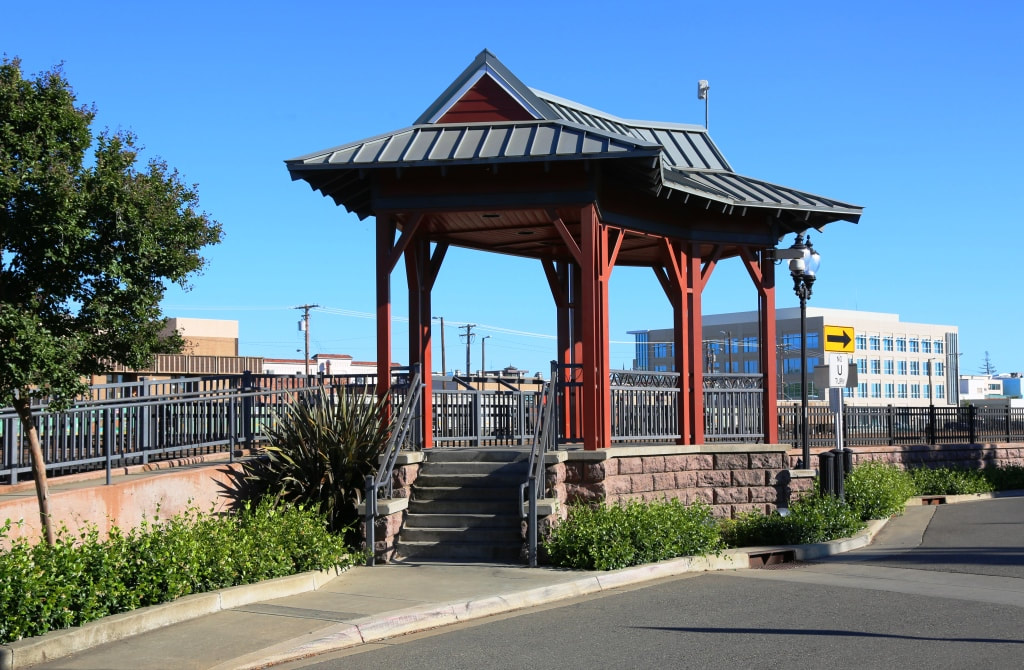 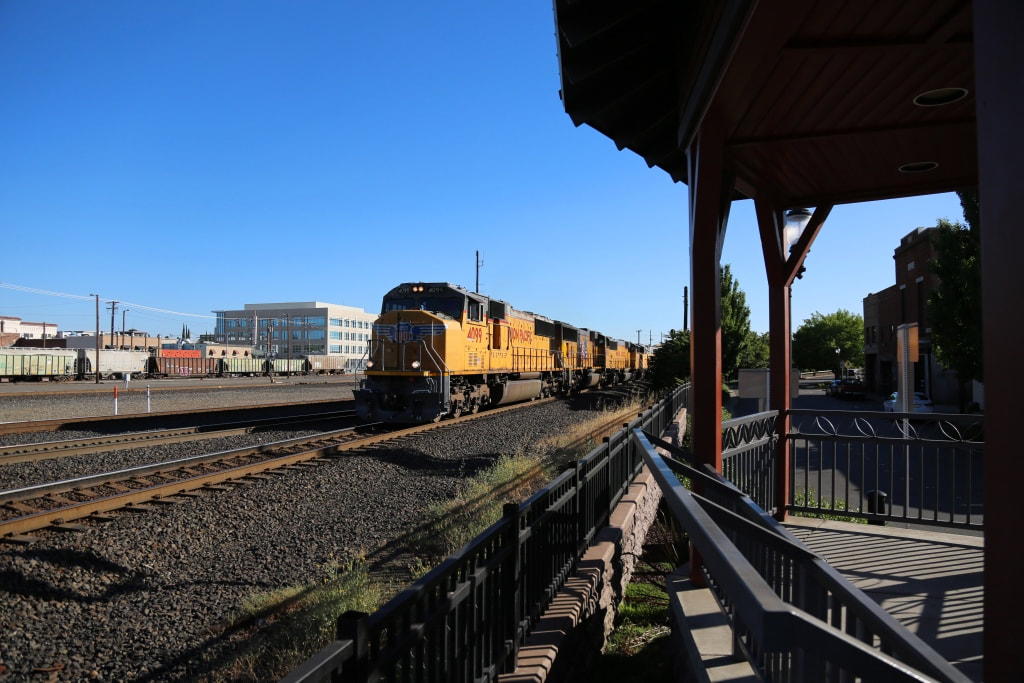 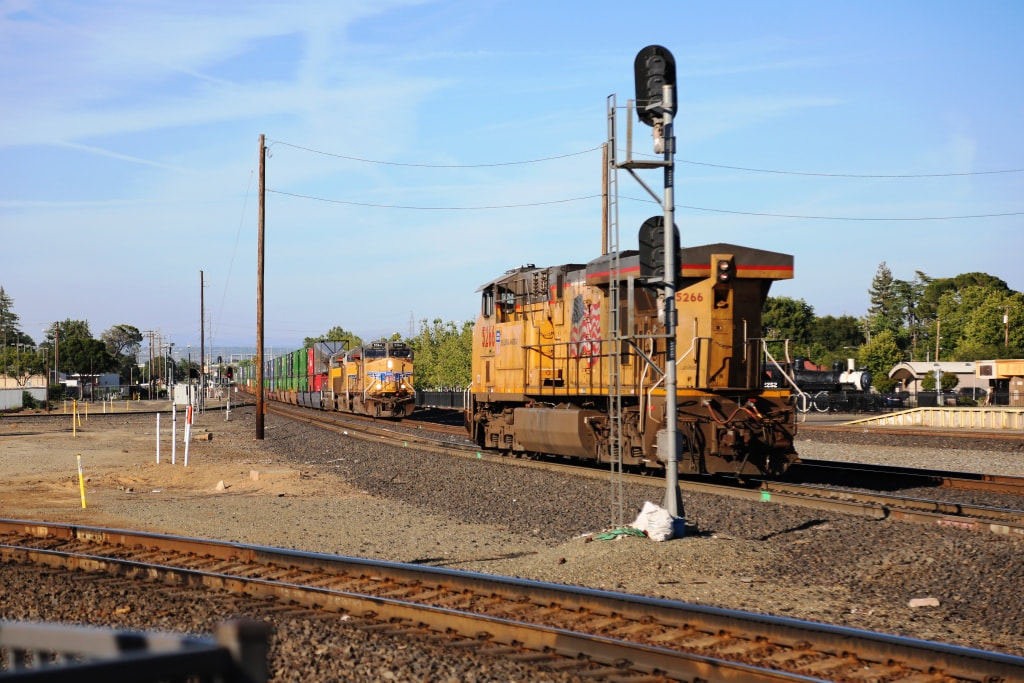 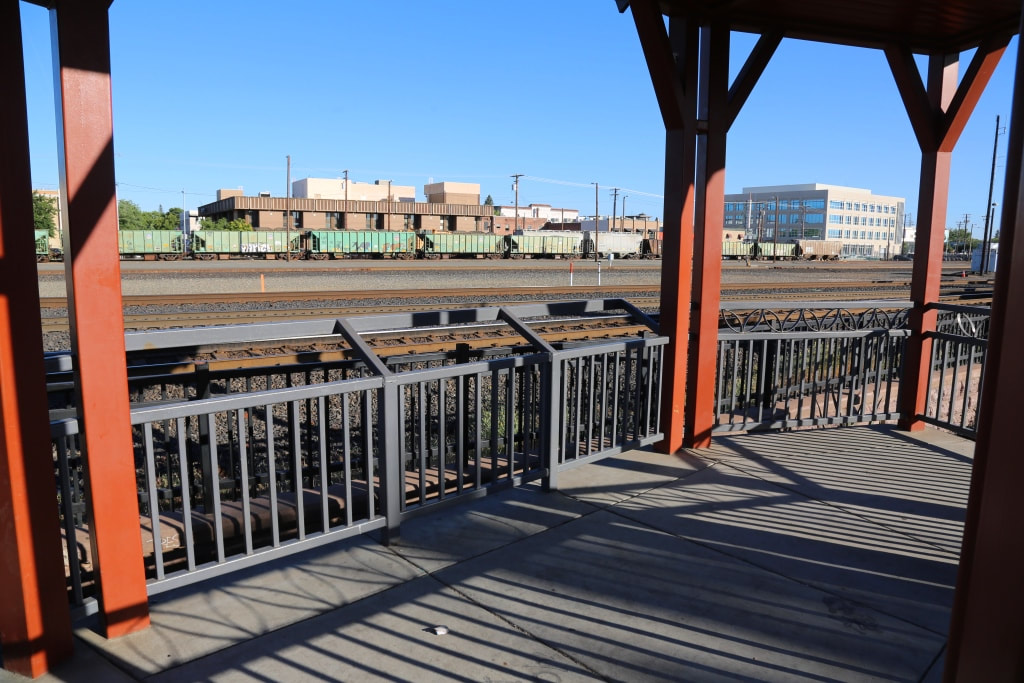 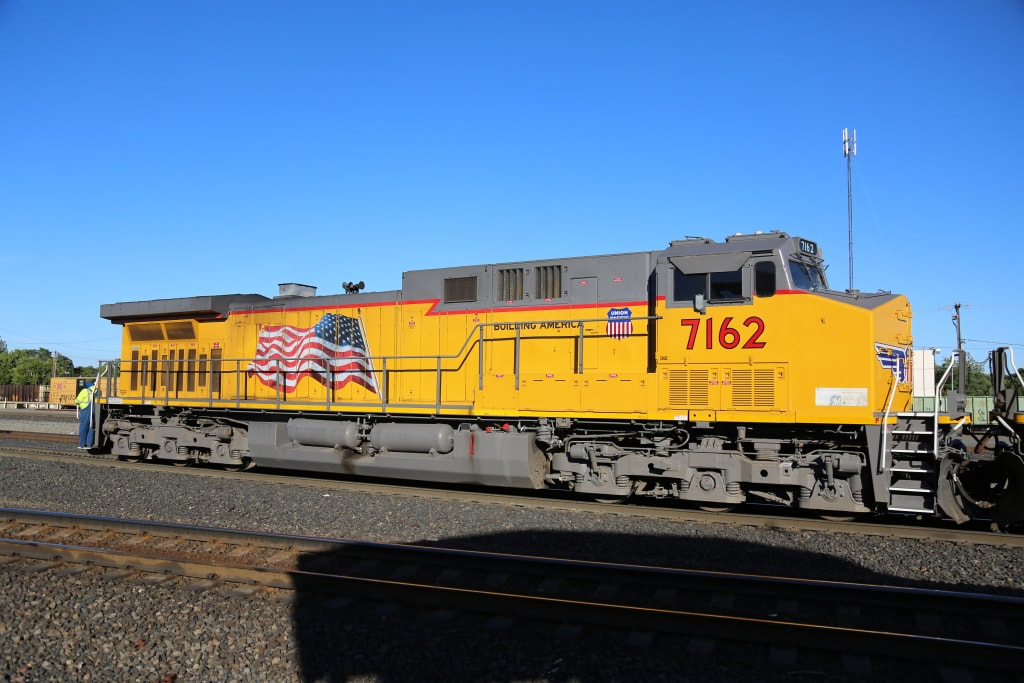 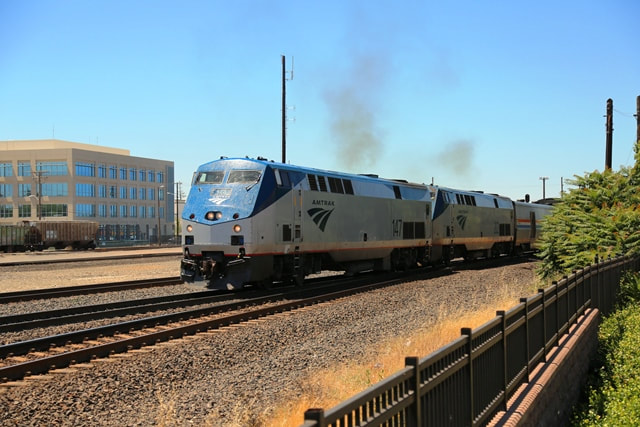 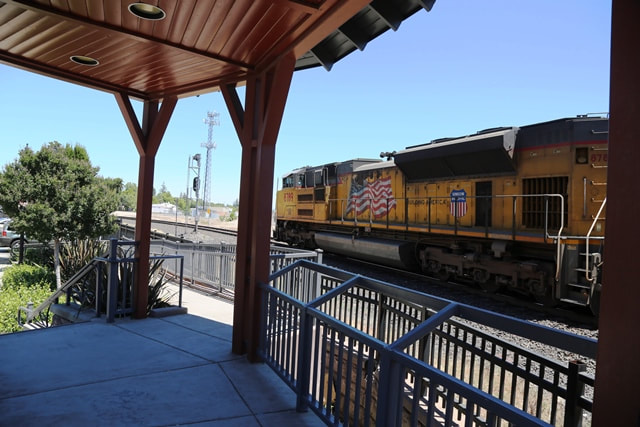 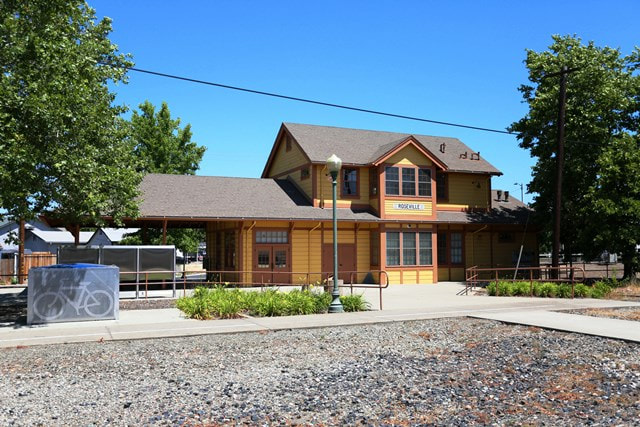 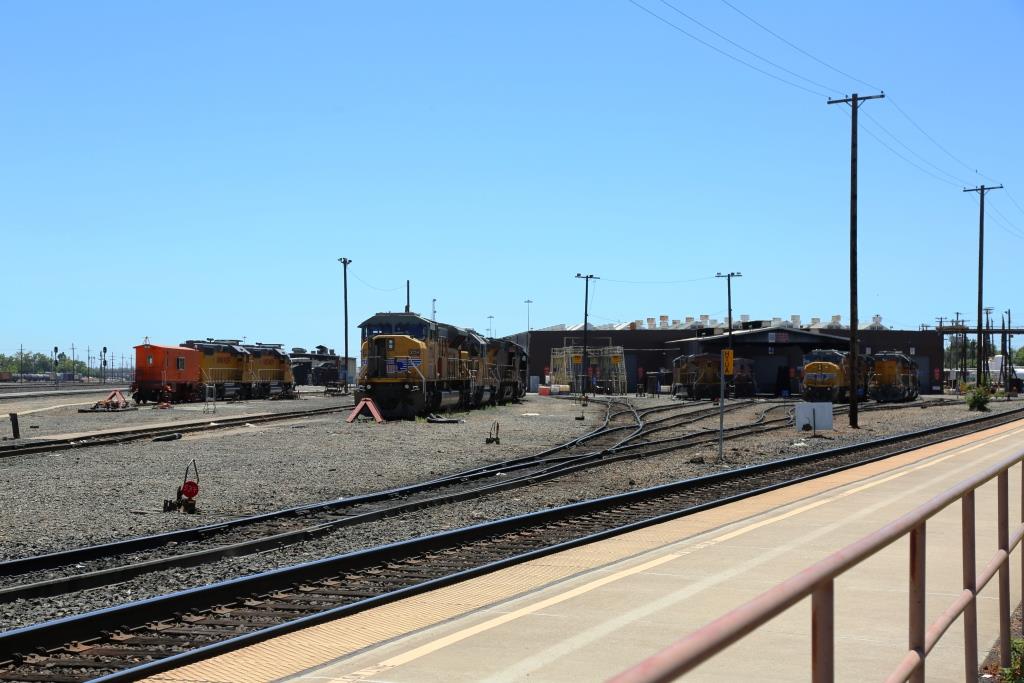