Said to be one of the best places in Florida to watch freight trains.  The city, along with many donations built a train-watching platform on the southwest side of the diamond which is the crossing of CSX’s A-Line & S-Line.  CSX & Amtrak operate usually no more than 20 trains during a 24-hour period.  More pass during cover of darkness then in daylight.  The train watching platform is covered to shade visitors from weather and includes a tower which has a second story to watch trains from an elevated vantage point.  Simulated windows on the “tower” do not have glass which allows a clear view for photography through the window frame.  A free parking area surrounds the platform and plenty of local shops are within walking distance.  One thing the site doesn't include is restroom facility.  The railroad museum next door as well as several eateries within walking distance does have rest rooms.  Plant City is located near Tampa, FL.  It may be worth a visit if you’re in the area. I wouldn’t recommend Plant City or anyplace in Florida as a travel destination for the die-hard railfans looking to see large number of trains.  Folkstown, GA will be your best bet for this part of the country.  For those visiting the Orlando area, Plant City is a one hour drive west of downtown Orlando just off I-4.  It’s also 42-minutes west of Disney World for anyone looking for a break from Mickey.  While train frequency is not high compared to other train watching locations on this web site, for central Florida this is thumbs up!

Railroads: CSX Transportation / Amtrak (#91 & # 92), both Amtrak trains pass Plant City twice daily (four passes) – to/from Tampa.  This is the junction of CSX’s A Line & S Line.  The A Line is the former Atlantic Coast Line route between Tampa & Orlando.  The S Line is the former Seaboard Air Line between Tampa and Jacksonville.  The CSX Plant City Sub also crosses the diamond along the S-Line.  The Plant City sub runs south to Fort Myers & Naples.  The viewing platform is located at MP 861 on the A-Line, and MP 823 on the S-Line.

Rail Traffic: Expect 15-20 trains max per 24-hours, many of which pass during the night.  The Tropicana Orange Juice Train, TECO coal trains, as well as Ethanol trains are commonly seen in Plant City.

Site Details: Located on public property next to two active rail lines.  The “L” shaped platform is open to the public 24-hours a day and is lit for night time railfanning.  On the northwest side of the diamond is the Robert W. Willaford Railroad Museum which is housed in the historic 1909 Union Depot building.  The station once served both the Atlantic Coast Line RR & Seaboard Air Line RR.  Outside is a 1963 Seaboard Caboose & a 1942 built Whitcomb locomotive painted in the sharp Seaboard purple & silver passenger paint scheme.

Photography: While the Plant City Train Watching Platform is a great place to sit and watch trains, photography is subpar for serious photographers.  The S-Line field of view from the platform is very narrow; obstructed by trees to the south and the depot to the north.  While the A-Line has increased visibility, smaller obstructions such as poles, a signal mast, several No Trespassing signs every 20 feet and few other minor obstacles takes away from what would be a clean picture.  The best photography from the property is of westbound trains on the A-Line heading to Tampa, photographed from the 2nd level in the tower.  Roster shots of locomotives & equipment should turn out satisfactory to most photographers.  Video is fine from all directions.  Sunlight is best in the afternoons for photos of trains on the S-Line.  All trains blow their horns, and can be heard several minutes before approaching the platform.  Bring your ear-plugs, trains blow their horns as they pass the platform and the sound of trains passing over the diamond makes isn’t much quieter.

Restrooms on site: No (Museum across the tracks from the viewing platform has a rest room)

Food: None on site, but several eateries are a short walk away.

Parking: Plant City offers free city parking in the lot next to the viewing platform.  Visitors can watch trains from their automobile if weather is poor.

Motels / Hotels: There are no RailfanMotels in the area.  For lodging, several hotels are located along Interstate 4 in Plant City.  Holiday Inn Express, Comfort Inn (both Exit # 22) and Knights Inn (Exit # 21) are a few. 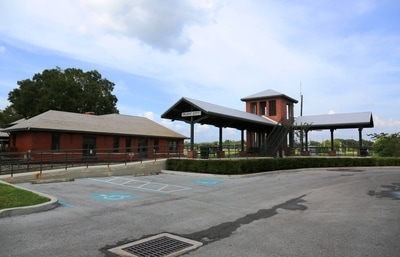 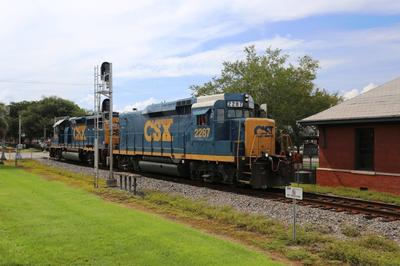 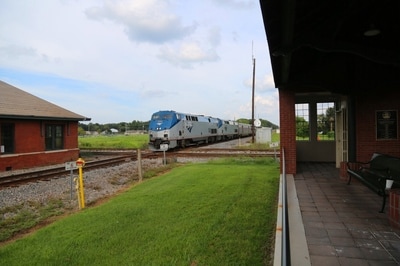 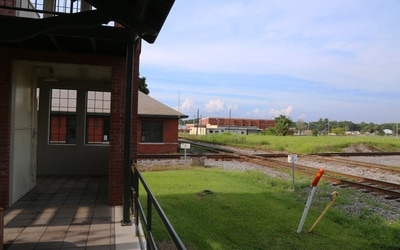 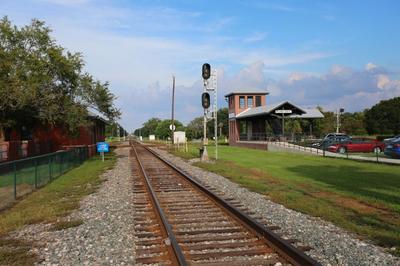 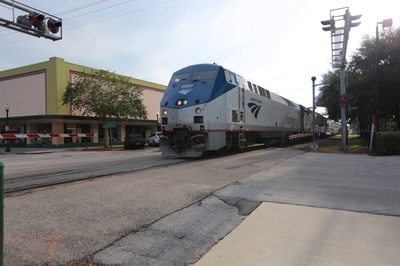 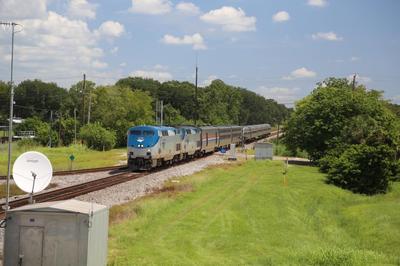 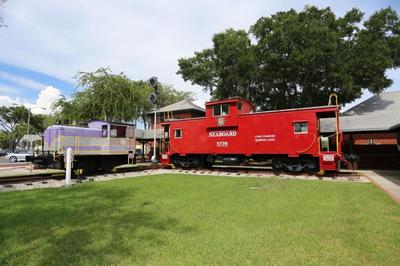 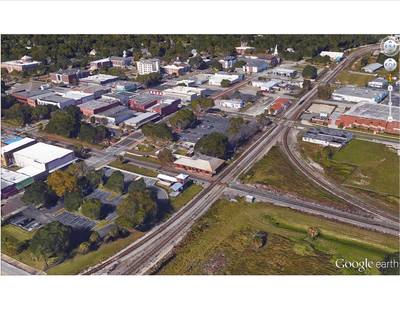